The Hockey Game Bot is a Python application that leverages the NHL API and other hockey related statistics sites to send (near) real-time messages to social media platforms. The game bot allows fans of NHL teams to view the events & stats of a game all in one convenient place.

The game bot currently supports 3 social media platforms – Twitter, Discord & Slack. If you would like to add your own, feel free to submit your code via a Pull Request. 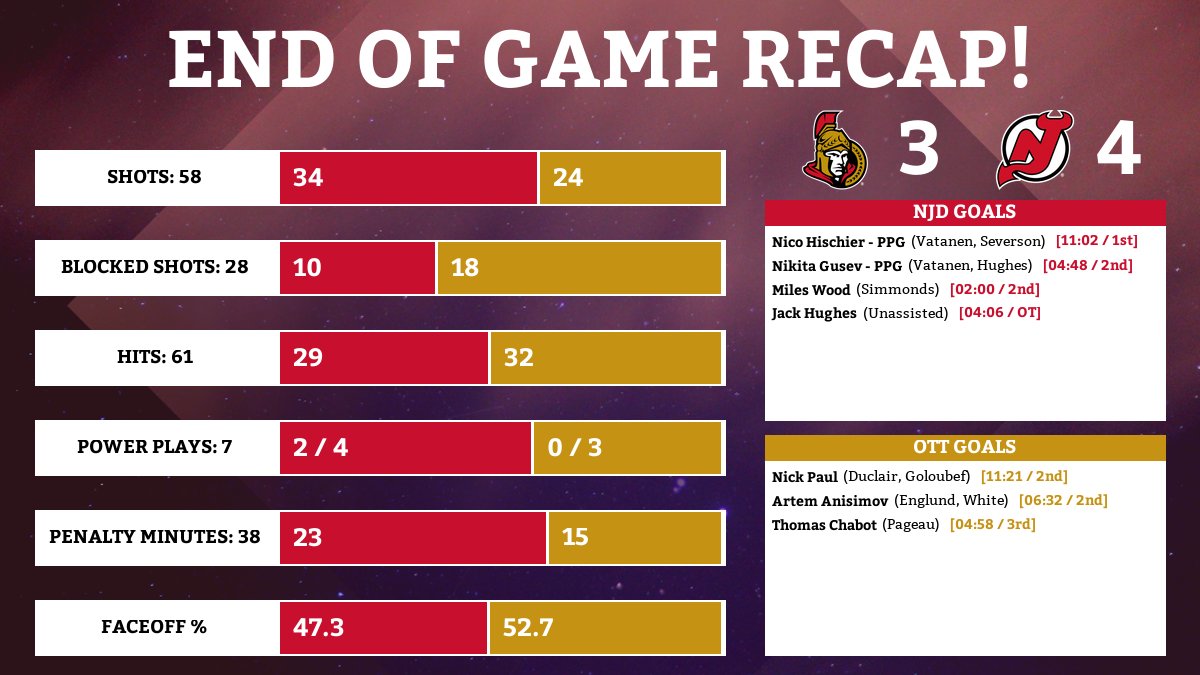 The messages are broken down into four sections for each part of a game day (and one extra section of the day after a game day). I am currently adding more events and features as they are requested or they are found to be useful in the context of following the game via social media. This list will be kept up to date as more types of messages and / or customizations to these are added.

On the day after a game, the game bot will generate two charts that provide context to how the team is performing for the entire season and in their last 10 games compared to the league average. The chart includes the following categories –

Want to run your own game bot? Check out the Github Repository for more detailed information on Getting Started. Feel free to reach out to me on Twitter for any help!

As of January 2020 there is currently game bot coverage for 9 of 31 teams. The table below contains information about the accounts, their respective owners and any notes. More than one person can run one for the same team without issue, but there will be overlap in the Twitter feed.

Special thanks to all who have helped test along the way and provide data and stats to help improve the game bot and allow it to be a one-stop shop for most in-game events.